Abstract: To analyze the reason why a small quantity of C2H2 generate in the oil of UHV oi-paper capacitor bushing after lightning impulse test, the three-ratio method is adopted to analyze the oil chromatographic data and lower energy discharges occurring in the bushing is verified. The disassembling of bushing indicates that the bushing end shied outlet wires are partly broken and there are some discharge marks. The potential rise in the end shield is taken into account to explain the possible cases. The potential rise of end shield is estimated by means of measuring the impedance of grounding lines and current waveforms. The research results indicate that the high-frequency impedance of grounding lines is much higher than power frequency impedance, which is an important reason of the potential rise during the impulse test. It is estimated that the potential rise of end shield to ground is up to 41kV during the lightning impulse chopped wave test. It is concluded that some measures should be taken to avoid similar faults in the lightning impulse test, including enlarging the section area, shortening the length of grounding lines and adopting one-point grounding mode.

Grounding is one of top priorities that should be taken into account and plays a vital role in ensuring personnel safety, secure equipment and correct test results. However, attention to grounding is not sufficient and incorrect grounding or forgetting to ground causes hidden troubles, abnormal tests or fatal accidents. To date, there have been many studies on system grounding mode and grounding net, mainly focusing on substation or grounding resistance of overhead line poles or characteristics of diffuse. There is a lack of quantitative analysis of grounding problems in the test. The analysis of ground potential rise (GPR) tends to focus on the impact of grounding resistance and neglect the influence of grounding line’s high-frequency impedance at impulse test conditions. The high-frequency component generated in the impulse test makes ground lines exhibit the characteristics of inductance. As a result, the impulse grounding impedance is more than power frequency grounding impedance, causing GPR and damage to the equipment. However, a mature theory and method of impulse grounding impedance measurement have not been developed at home and abroad. 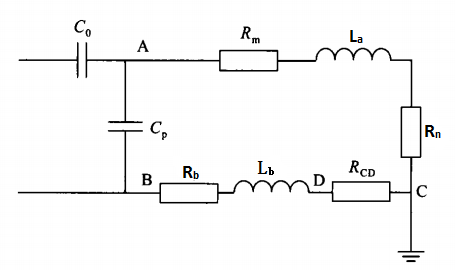